It is not surprising that more and more people pay attention to their security and privacy on the internet. Since the launch of the internet in the early nineties, a lot has changed.

In the early days of the internet, it still offered the security and privacy that we are used from our homes. You could look at many different things, upload, download etc. without anyone getting involved in it or peaking along what you are doing.

This is definitely no longer the case, already for some time now. We know thanks to the work of Wikileaks that secret services and governments, but also companies and other organizations, are recording, registering, and storing the internet traffic of, amongst others, civilians.

Questions that many people ask themselves these days and cannot get satisfactory answers to them are: Why is this being done? What do they want with this information? Who exactly is collecting this data? Etc.

Exactly because there is so much unclarity concerning this and these questions remain completely unanswered, many people are worried about it and are looking for ways to protect them against malicious intends.

Besides this unclear threat, there are also specific dangers. Public wifi-networks are springing up like mushrooms out of the ground, without us actually noticing it. How wonderful is it that you have wifi almost everywhere these days, most of which are free to access for the public.

But like with many new developments, besides enormous benefits and comfort, there are also disadvantages involved:

Since the uprise of these public, and most of the time free, wifi networks, criminals also started to pay attention to it. But first of all, when you make a connection via wifi with the internet, the provider of this wifi network can look at your internet traffic. Every malicious employee in this company, could, therefore, get a hold of your private information, like for example banking details, if you are internet banking via such a network. 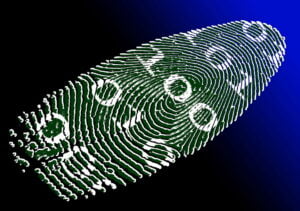 For internet criminals and ID thieves that are not working at the company or organization that has set up a free public wifi service for its customers or visitors, it is also not difficult at all to look at your internet traffic and store it, when you are on a free wifi network. In order to do this, in general, they create a hotspot with the same name as the public wifi hotspot and wait till someone unwittingly makes a connection with their hotspot.

These criminals are actually sitting in your neighborhood, and without you noticing it they can easily get your ID, logins, passwords and other personal data, that you are entering during such an internet session. With all due consequences …

VPN is for the internet what seatbelts are for cars

The car was invented end of the nineteenth century and it was, just like the internet, an immediate success amongst the public. It, therefore, didn’t take long before every family in the prosperous west had a car. But with all the possibilities and positive emotions of the car, the downside didn’t keep itself waiting: road casualties.

At the end of the fifties, the seatbelt was therefore invented, but it wasn’t popular at all at the beginning. Why should I? I am driving safely anyway.

And just like the safety belt, VPN in its today’s application, also was developed for preventing or reducing casualties: Internet Casualties.  And just like with the seatbelt, at this early stage, not everyone is convinced it makes sense to use VPN, to accept the related disadvantages and to pay for it on top of that.

Just like with traffic casualties, there will have to be a lot more internet casualties, before there is public awareness. But do you want to be one of them?

Paying for security, privacy, and freedom on the internet

If you would have suggested at the beginning of the nineteenth century to a model T Ford owner to wear a seatbelt, you would have received a lot of negativity in return. But now everyone is wearing seat belts and you cannot even buy a car without them.

To pay for and to use a seatbelt has, therefore, become something completely obvious. We predict that the same will happen with VPN. In maximum five to ten years, everyone will be using VPN, just like the safety belt.

Like we suggested in our article about free VPN, it is not recommended to use a free service. On the first place, it is dangerous, because you can become an internet casualty just because of this. But when you choose, after much research and reading our article on free VPN, a reliable free VPN provider, you will quickly find out that they are not free for nothing, because you will run into a lot of limitations and/or advertisements, like with CyberGhost who also offers a very good paid VPN.

Once you recognize you will have to pay for your privacy on the internet, you only need to pay attention that your VPN service, also actually offers privacy. Despite the big name with the Avast VPN service, this is not the case.

The best cheap VPN services at the moment

For most people, the price-quality level is the deciding factor when making a purchase. We, therefore, created a rating of VPN services with the best price-quality ratios.

Doing this we established a number of standard features that every VPN-service tested by us has to have in their package:

If you are only interested in the best quality, then you should read our article about the best VPN providers of this moment. 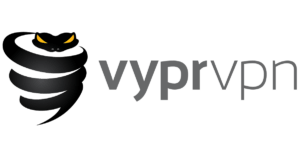 VyprVPN has a 256-bit AES encryption and besides that over 200.000 shared IP addresses, behind which you can hide and a firewall. Concerning security VyprVPN is therefore really good. Besides the popular OpenVPN protocol, they also offer PPTP, L2TP and Chameleon protocols.

The speed is very good. In our review, VyprVPN scored 90% for speed and you can connect five devices simultaneously. VyprVPN also has a package that only costs $3,5 per month, but then you are limited to only three devices.

At the time of publication, VyprVPN has 700 servers in 70 countries, which is enough to find the right server in all circumstances. They offer an excellent support that scored 90% in our review.

IPVanish has in this category a slightly higher price but nevertheless reached second place with our 20% discount. This is because IPVanish is qualitatively the best provider amongst the cheapest services. They also have an excellent encryption and 40.000 shared IP addresses for extra security and they also have different protocols to choose from. They also embrace torrenting and P2P and you can pay anonymously with Bitcoin.

They have 850 servers in 60 countries and a marvelous customer support. You can connect and use five devices simultaneously. Read also our survey on watching Kodi with IPVanish.

But where IPVanish really shines is speed. In our review, they scored 100%. The speeds are not only outrageously high (100-200 Mbps, over 300 with SOKS5 proxy) but besides that, they are very stable across all servers.

NordVPN has an interesting price and offers a lot for it. They also have like the other VPN services in this comparison an excellent encryption, but an additional plus is that they are based outside of the EU-US jurisdictions. Their protocol selection is even more extended than with the others and amongst others, they have a protocol especially for torrenting.

NordVPN has 1044 servers in 57 countries, which is the largest selection to choose from in this comparison. Just like IPVanish, they are torrent and P2P friendly and you can pay anonymously via Bitcoin. You can use six devices simultaneously with beautiful interfaces, which amongst others also features a ‘kill switch’ that closes the programs you are using immediately when your VPN connections drop, which prevents you from leaking any data.

NordVPN would definitely have been number one if the speed would have been a little more stable. Some servers are overloaded and slow because of that. In our review, they scored therefore only 70% for speed. But you can very easily find another server with an excellent speed comparable to IPVanish by trying different servers and countries.

Private VPN is the cheapest in this comparison but in terms of quality also the least in this comparison, hence its 4th place. Private VPN also has a 256-bit AES encryption, shared IP addresses and various protocols to choose from. They are torrent and P2P friendly and you can also connect and use six devices simultaneously.

At the moment of publication PrivateVPN has over 80 servers in 55 countries, which is a rather limited choice, but they are increasing the network rapidly. Many users do not need to switch a lot between servers and countries and choice one server in a specific country on which they work extensively. So, the smaller amound of servers is not for everyone a big disadvantage.

With Private VPN you can also safely torrent and they allow P2P. The speed outside of Europe is however rather low and instable. Someone that is visiting a lot of American sites via American servers, will mostlikely get speed problems. But if you surf mainly in the EU than PrivateVPN is a good and economic choice.