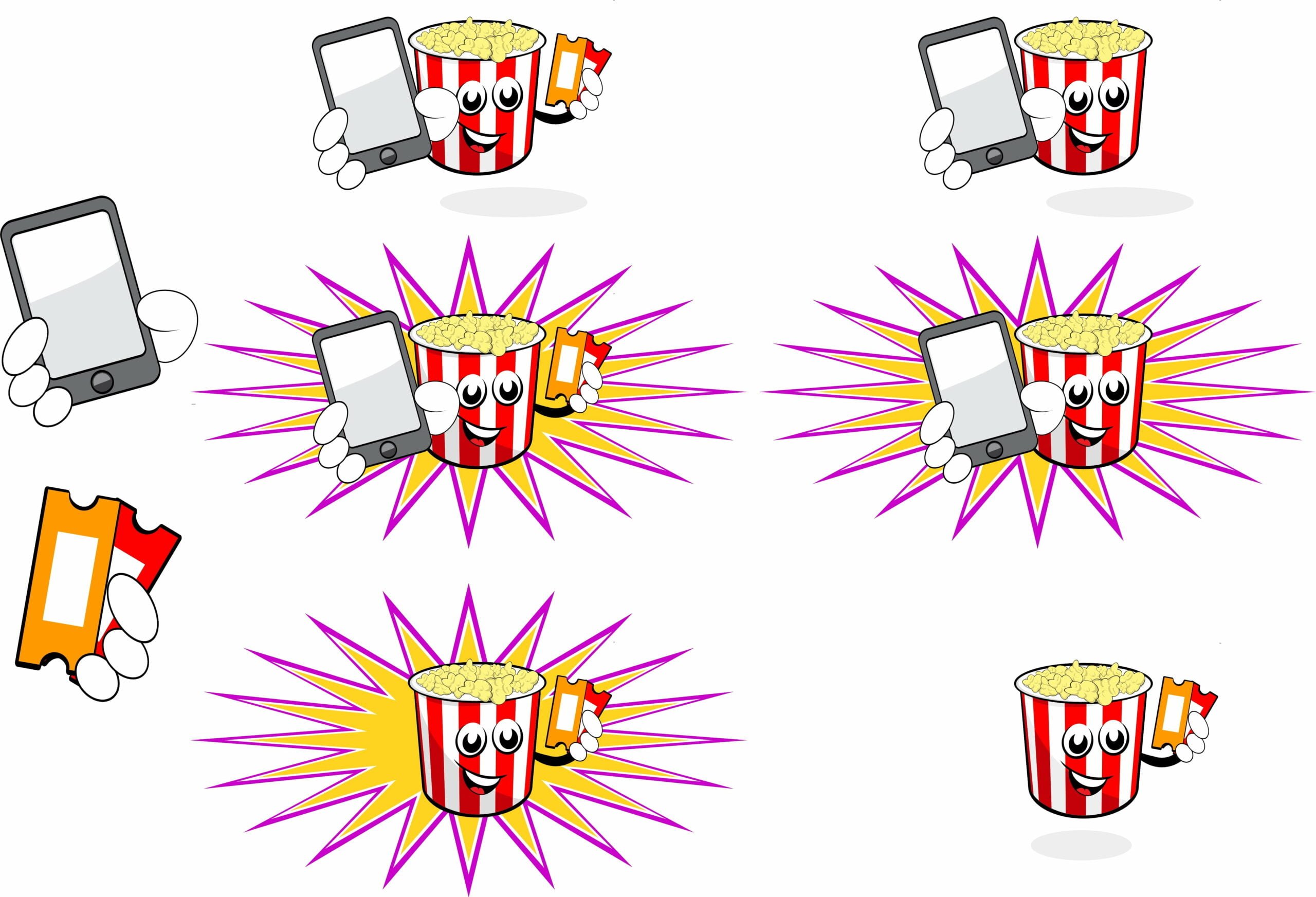 Do you also like watching the newest and coolest American videos on Popcorn Time? Do you no longer watch Television via cable but on the internet? Then you risk to get a hefty fine.

Contents show
1 What is Popcorn Time and how does it work?
1.1 Traditional downloading is gradually being replaced by P2P
1.2 P2P Sharing explained
2 Is Popcorn Time legal or illegal?
2.1 Copyright royalties
3 Which risks are you taking when watching Popcorn Time?
3.1 Settlements of US citizens due to P2P usage
4 Safely watch Popcorn Time online with VPN-protection
5 Our most valued Popcorn Time VPNs
5.1 NordVPN
5.2 IPVanish
5.3 ExpressVPN

What is Popcorn Time and how does it work?

Popcorn Time is, of course, that trendy program on the internet, that allows you to watch movies and series free of charge. But how does it actually work? Popcorn Time is an open source platform that uses BitTorrent. It is therefore super-fast and for the media industry and the authorities difficult to stop.

Traditional downloading is gradually being replaced by P2P

In these modern times in which many files like movies and videos become larger all the time, it takes longer to download them. But now there is a new way developed that allows users to download and stream large files much faster.

With traditional downloading or streaming a file is sent in consecutive pieces from one large computer or server to your computer. When more people download or stream, this server has to send the same stream of consecutive file pieces at the same time to all these people. The server is doing much double work and is limited in its capacities. With P2P this works completely different and much more efficient.

BitTorrent that is used by Popcorn Time is a P2P sharing software. P2P means Peer to Peer in which ‘peer’ means ‘fellow user’, which is a user that also wants to download or stream files.

Instead of storing all the file pieces on one large server and send them in parallel to all users (peers), the peers are being used as the source for the delivery and distribution of file pieces.  These file pieces peers have already received themselves are shared with other peers. Instead of having a big server, P2P companies only have a computer that is called a tracker.

It coordinates the traffic of file pieces between the peers. So, the more peers are involved, the faster can be downloaded and streamed.

Is Popcorn Time legal or illegal?

Times are changing and more and more people revolt against the dominance of large multinationals because they, all too often, misuse and exploit their dominant position in the market and enrich themselves at the expense of ordinary people.

Some people see Hollywood as such a monopolist. But perhaps Hollywood is just a little slow in ‘moving along with the times’ and adapting to the newest developments in the area of (social) media, videos and content. More and more a culture of sharing content develops instead of the traditional stereo-type thinking: “if you want to watch my content you will have to pay a premium price for it”. 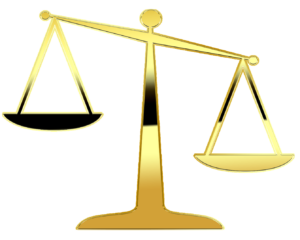 If you watch a movie on television, the television broadcaster has paid royalties and therefore the copyright has been paid. Watching a copyright protected movie without paying royalties is illegal. So, technically speaking, watching copyrighted movies on Popcorn Time is illegal. Because Popcorn Time does not use one single server as storage, but its content is spread out over all users, it is very difficult for the authorities that deal with copyright violations, to stop Popcorn Time.

Which risks are you taking when watching Popcorn Time?

Just as Hollywood thought they had this monopoly deal nicely setup and they were ready to get rich sleeping, the creation of P2P posed an unwelcome development for them. But because they are so large and powerful they managed to ignore it for years and sticking to their traditional rigid thinking, they kept running after the sources.

However, it seems that they have now realized that these new technologies can no longer be stopped in their advance, and they have switched their focus to the users. Increasingly often users, who illegally downloaded or watched movies on Popcorn Time, get mail from one of the large Hollywood movie corporations or their local representatives. They warn that charges will be pressed if the included settlement proposal is not accepted and paid.

Settlements of US citizens due to P2P usage

Over a quarter million people have been accused in recent years of uploading or streaming copyright protected files: movies, TV-series or music files.

The filmmakers target defendants with law suits, demand to stop pirating their movies and request damage compensation of up to $150.000. In reality however they later approach defendants with settlement offers of a few thousand dollars. 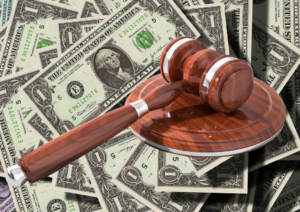 At the moment in the US, Popcorn Time users are being targeted. They are traced one after the other and all of them receive legal notice of a lawsuit and later a settlement proposal. Even small-time violators that, without even knowing that they violated the law, and just watched a movie online, are being sued and forced to settle.

The US Copyright Group does not warn in advance. In Denmark, even two men got arrested for operating websites that provided information on Popcorn time.

To prevent you are traced as a Popcorn Time user, you have no other choice than to use VPN. But, what is a VPN connection? A Virtual Private Network hides the IP-address of your computer or device, making it impossible to trace who streamed or downloaded the movies.

One of the functions of VPN is to provide anonymity.  With the use of providers like Popcorn Time, Moviebox, Stremio etc. it is important to choose a VPN-provider that does not keep any logs at all: neither connection logs nor traffic logs.

The VPN service also needs to be fast if you want to be able to stream comfortably so we recommend paid VPN services. Free VPN is risky or in the best case slow and/or restricted. Check out, for example, our article about VPN Master, the dangerous side of free VPN.

Our most valued Popcorn Time VPNs

Out of the best VPN services we have chosen the best ones for Popcorn Time. We made sure the speed, level of privacy, and ease of use met our standards for BitTorrent/P2P and streaming. Besides the three best VPN’s listed below, our recently reviewed VPN services like CyberGhost and Hide.me also performed well.

Our top three is being headed by NordVPN, which is a very robust VPN provider. The speeds vary a bit between the different servers and countries, but because of the very good interface, it is not difficult to quickly find a good server with high speed.

NordVPN was founded in 2012 and is located in Panama. They have more than 859 servers in over 57 countries. Besides that, NordVPN is not keeping any logs and you can connect up to six devices per account simultaneously, while you have unlimited bandwidth. You can install this VPN service on Windows, Mac, iOS, Android, Blackberry and Linux.

IPVanish is ranked number two in our comparative study because besides having very good security they also do not keep any logs. They have the highest speeds of 100-200 Mbps and are the fastest VPN network on the planet.

They also exist since 2012 and are located in the United States. With IP-Vanish you can hide behind more than 60.000 shared IP-addresses and you can change servers of which they have a whopping 750+ in over 60 countries. An unlimited bandwidth, 24/7 support and the possibility to have trouble-free parallel connections on several devices, makes IPVanish a very good VPN-provider. You can install IP-Vanish on Windows, Mac, iOS and Android.

Incognitoline offers its readers a 20% discount on IPVanish:

ExpressVPN does not keep any logs either and it has a stable speed of 84 Mbps. They are the best in the area of security and encryption and have more than 1000 servers in over 94 countries. They are easy to choose and change upon your own liking.

They are based on the British Virgin Islands since 2009 and are known for their very user-friendly software for Windows, Mac, iOS, Android, Routers and Linux. ExpressVPN also has unlimited bandwidth.